Ground Penetrating Radar (GPR) is used to image the subsurface. Proceq GPR Live is a groundbreaking GPR for imaging of concrete structures; powered by the world’s first Stepped Frequency Continuous Wave hardware miniaturized in a handheld scanner and driven with cutting-edge algorithms, intuitive software on iPad, and cloud computing, Proceq GPR allows real time imaging that has been so far not thought possible.

Proceq GPR Live is also the world’s first large scale Augmented-Reality (AR)-empowered solution for industry applications, available on Apple iPad with iOS 12. In other words, you can now augment the world around you with GPR 2D and 3D visualizations that will merge seamlessly into the environment around you.

Why use Augmented Reality on-site

The solution projects tomographic time-slice and 3D visualization into the environment around you by looking through the iPad. The end result is a straightforward and intuitive visualization of measurements that radically facilitates data interpretation on site.

LiDAR scanning has been active within the survey industry for some time now and is commonly used at surface level in conjunction with mobile mapping methods to provide cost-effective 3D  representation.

We provide ground-based terrestrial laser scanning and mobile laser scanning. This technology along with our unique expertise in remote access survey applications.

Pipeline LiDAR Scanning is often completed in conjunction with Gyroscopic Alignment to provide a fully mapped, internal 3D model of a lineal underground structure as well and an accurate 3D profile of the internal pipeline fabric and superior identification/measurement of internal defects.

Once the Ground Penetrating Radar (GPR) data collection in the field is complete, the next step is to pull out the key information and images and generate a final report. The EKKO_Project software makes complex GPR analysis easy with intuitive tools to organize, edit, process and plot your GPR data. Powerful visualization, analysis and integration tools allow you to quickly and easily produce impressive reports, including overlaying GPR data and interpretation into the Google Earth.

A geographic information system (GIS) is a framework for gathering, managing, and analyzing data. Rooted in the science of geography, GIS integrates many types of data. It analyzes spatial location and organizes layers of information into visualizations using maps and 3D scenes. ​With this unique capability, GIS reveals deeper insights into data, such as patterns, relationships, and situations—helping users make smarter decisions. 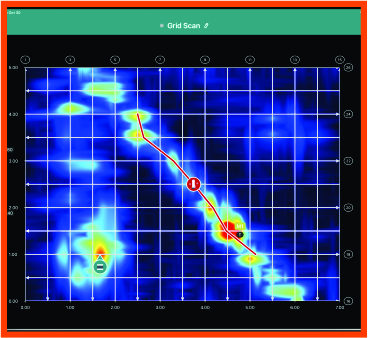