Concrete inspection of large areas in all buildings or bridge decks / Object detection and damage prevention before drilling, coring or cutting into concrete / GPR data collection for concrete structural assessment and post-processing data

The GP8100 features the world’s first large scan width handheld GPR with the new Superline scan to deliver fast object detection, and never-seen-before data clarity alongside deep penetration depth. One Superline scan with the GP8100 is the equivalent to 6 classical line scans.

Screening Eagle has been disrupting the GPR industry with ground-breaking innovations since 2017. Now, the company has presented a new wave of innovations, complementing their GPR family with the unique Proceq GP8100 to make large-scale inspections radically simpler and more efficient.

The GP8100 can be used for multiple applications including concrete inspection of large areas in all buildings or bridge decks, object detection and damage prevention before drilling, coring or cutting into concrete, and GPR data collection for concrete structural assessment and post-processing data.

Screening Eagle will now offer a series of technical webinars for the GP8100 and their other new products that were released during the keynote, and will be showing them live at the World of Concrete next June in Las Vegas. 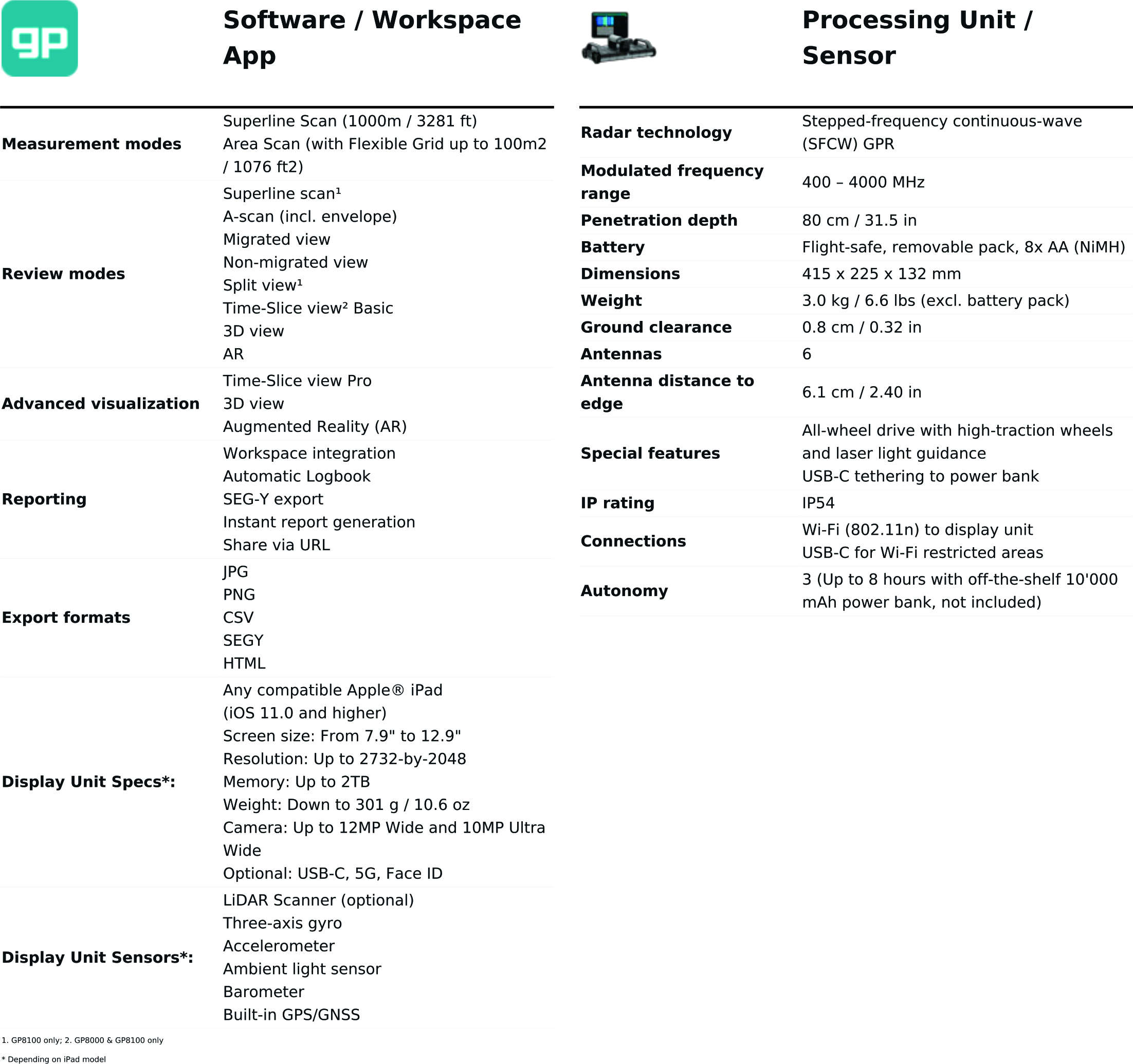 The high scan rate of 1’200 scans/s
enables a very dense GPR data
collection in only one superline scan,
which can be visualized in 6
classical line scans

What are the types of NDT?

GPR is a compact device that scans the subsurface in a non-destructive way. It can penetrate the surface from a few cm down to tens or hundreds of meters, based on soil conditions and antenna characteristics.